OSPFv3 AF-bit is NOT set in IPv6 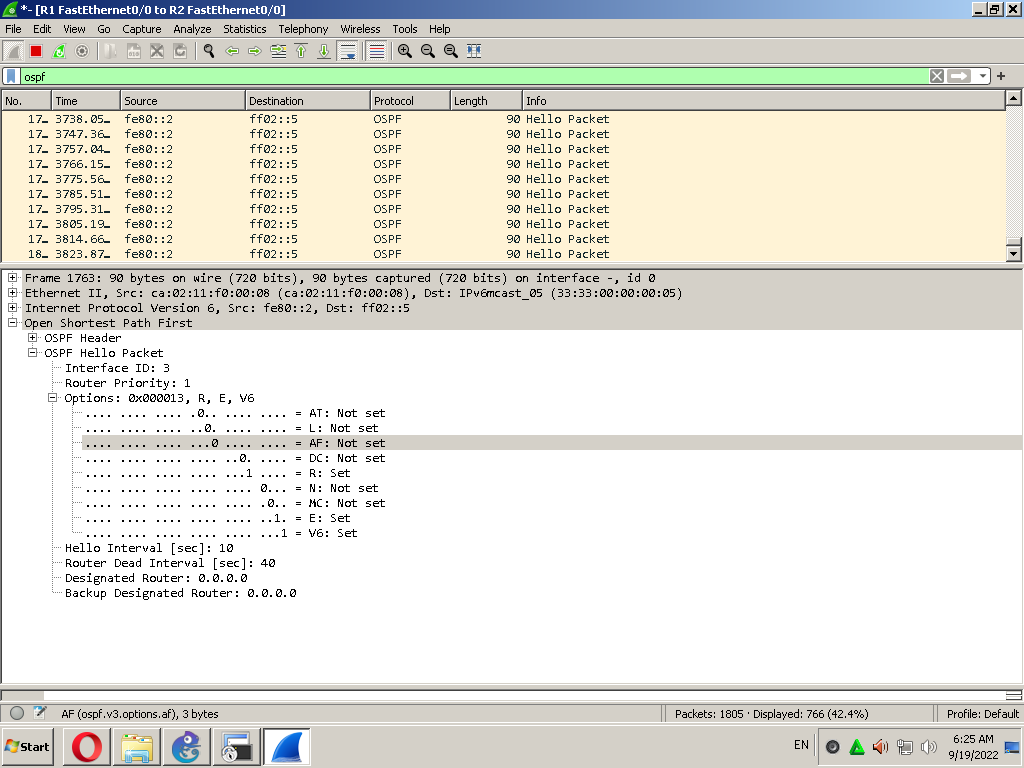 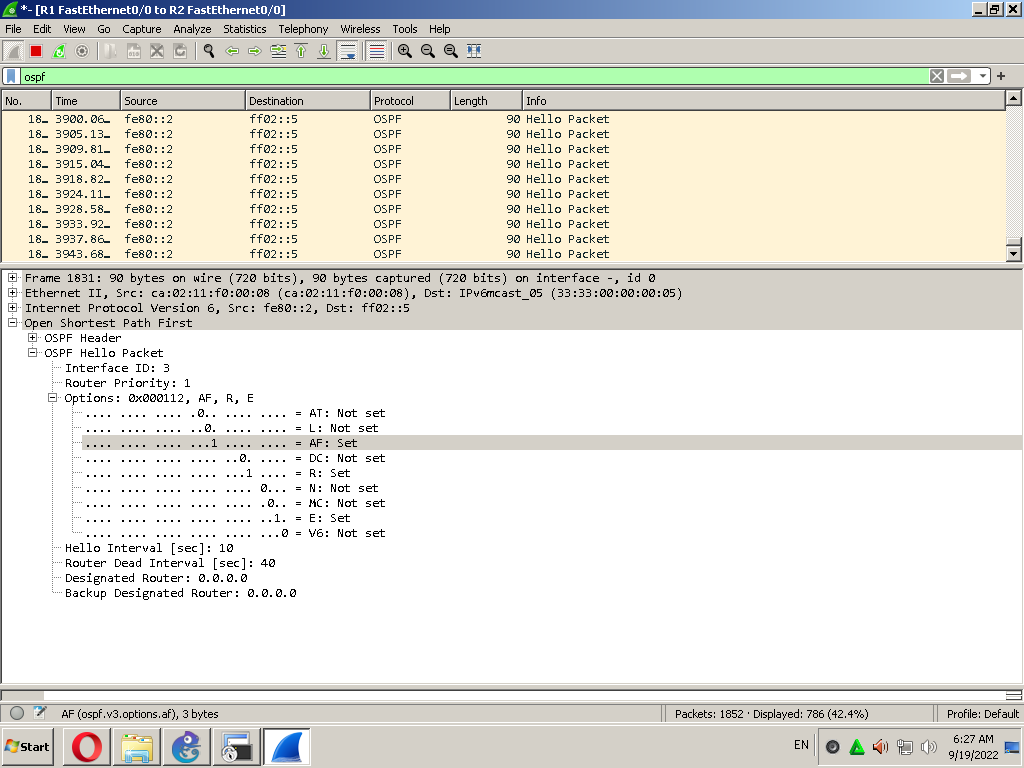 the AF-bit her=1
what is the difference?

Hi Major133,
Per Cisco’s documentation, Cisco has modified OSPFv3 to support OSPFv3 “address families”. This is what you are doing. You have configured an address family for IPv6 as well as another address family for IPv4. The ability to configure two different address families beneath the same OSPFv3 process is apparently a Cisco-proprietary feature. When OSPFv3 is carrying just IPv6 routes it is doing exactly as defined in RFC 5340 (the official RFC for OSPFv3). However when you add the IPv4 address family now you are getting the router to do something that only Cisco routers support (at least…when this feature was first introduced into Cisco routers).

Cisco routers indicate to other Cisco routers that they are implementing OSPFv3 in a non-standard way (i.e. carrying both IPv4 and IPv6 address families) by setting a bit in the Options field that wasn’t actually defined in the OSPFv3 RFC. The bit that you see being set (indicated in Wireshark as the AF-bit) is actually not a bit that has any meaning to non-Cisco OSPFv3 routers that are operating as RFC 5340 says they should. See this graphic from the RFC that clearly shows that the bit shown as the AF-bit actually has no meaning and is not supposed to be set: 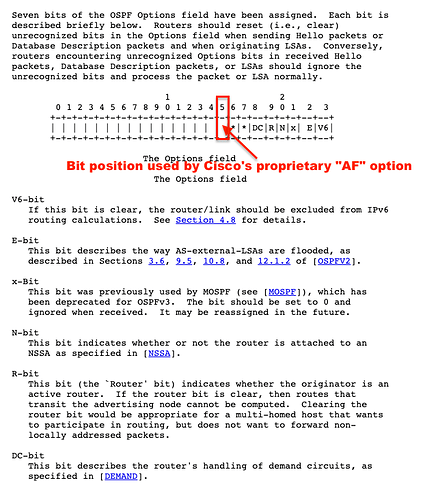 However Cisco routers (speaking to other Cisco routers) set this bit in this circumstance (when you are using OSPFv3 to support both the IPv4 and IPv6 address families).

Therefore, those devices will not participate in the IPv4 AF SPF calculations and will not install the IPv4 OSPFv3 routes in the IPv6 RIB.

I’m pretty sure that was a typo in that document because you’re right…there’s no way IPv4 routes could be installed into an IPv6 RIB.